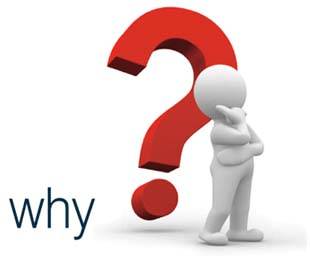 Many times, we work ourselves up over nothing because we’re afraid to ask questions and understand the “why”. The other day I took my oldest son (he’s 11 years old) to the doctor for his annual check-up. Everything went great until he was told he had to get 2 shots. After the doctor left the room, my son’s eyes welled up with tears. I asked WHY he was so upset and he replied, “Because I have to get shots and I don’t really like them.”

I felt for my son and told him to ask the nurse WHY he needed the shots, WHY they give them to him in the arm and WHAT should he expect to happen after getting the shots. The nurse was very gracious and explained everything to him. After he received the shots the nurse asked if it was as bad as he thought. My son told her NO. He admitted he had worked himself up over nothing.

I’m guilty of doing this myself. It’s easy to work ourselves up and make assumptions about what’s going to happen before it does. Instead of fretting or making assumptions, I’ve started asking questions and getting to the WHY. My advice, never be afraid to ask questions….uncovering “why” is critical in any business.

Check back next week for tips finding your target market!